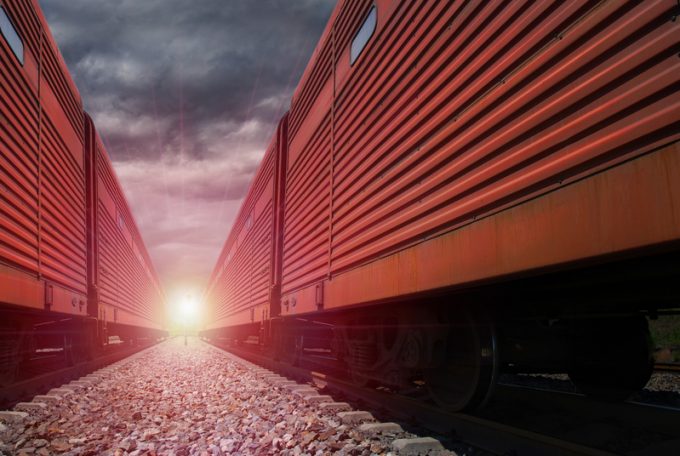 Rail freight faces being undermined by a UK government decision to cut more than 20% of funding to a grant encouraging a modal shift from road.

This has raised fears that more journeys could return to roads.

The Department for Transport (DfT) has reduced the annual Mode Shift Revenue Support grant (MSRS) from £19.7m to £15.7m, with a further £500,000 reduction expected next year.

More than a million journeys were transferred from road to rail last year – however, new budget cuts will likely result in rail proving economically unviable and 200,000 journeys returning to road.

Philippa Edmunds, from Freight on Rail, told The Loadstar she was “incredibly disappointed” with the government’s decision and called on it to rethink.

“These grants make a very big difference to pollution and congestion,” said Ms Edmunds. “HGVs pay less than one-third of the cost they impose on society, which allows them to undercut rail prices.”

“This was corroborated by a separate report conducted by MDS Transmodal – although that stated HGVs cost £6bn a year,” said Ms Edmunds.

The research also found trucks account for 21% of nitrogen oxide emissions, despite only accounting for 5% of road miles, with operators paying nothing for their contribution to air pollution.

“With lorries so heavily subsidised, it is difficult for rail and water to compete, even though they would reduce road congestion and road damage, as well as being safer and less polluting,” added Ms Edmunds.

The DfT declined to comment on the cuts when asked by The Loadstar, stating: “We are providing more than £15.5m to encourage companies to move their goods by rail in 2017/18, which will mean up to 800,000 fewer lorry journeys.

“We recognise the environmental and economic benefits from moving goods by rail and we are committed to supporting the long-term growth of the industry.”

However, Ms Edmunds claimed Whitehall “strategy is not aligned with policy”.

She added: “Reducing this grant will undermine rail freight’s ability to compete and will result in less confidence in the industry. Government urgently needs to address these distortions.”

Executive director of Rail Freight Group Maggie Simpson told The Loadstar the government’s decision was “a backward step” and also called for the money to be returned.

“That £4m really is quite a little amount for the UK government, but it makes a big impact on the industry’s ability to operate competitively,” said Ms Simpson.

“During the recent disputes with Southern Rail, £320m was somehow found – the money is there.”

Ms Simpson went on to note that the journeys that had lost out were those that required the MSRS the most: domestic intermodal services where there was previously a real push.

“But these lines do not perform enough journeys for economy of scale efficiency, which is where the grant helps,” she said. “The overall need for grant support has been reducing over time as rail freight has improved its efficiency, but some routes, in particular the newer retail services, still need this vital help.

“Government’s recently published Rail Freight Strategy sets out the support for rail freight, and reinstating the grant budget would be a welcome demonstration of their commitment.”