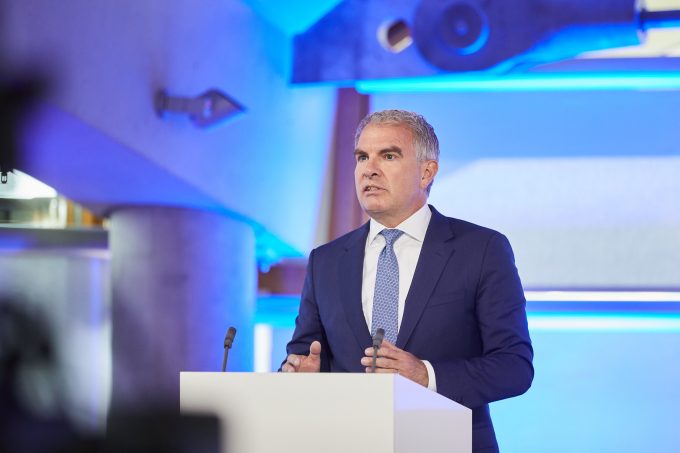 Lufthansa has revealed some “bitter decisions” it must make on its future, as the airline has receded some 65 years, in terms of flight plans, in less than 65 days.

“Our company has gone back in time, to where it started in 1955 – a decade after the Second World War and following a 10-year ban on flights,” chief executive Carsten Spohr told shareholders this morning at a virtual AGM.

“That is extremely bitter, devastating and painful.”

The group is currently losing about €1m in liquidity reserves every hour it operates, creating what it called a “sad interim economic balance”.

“We have practically no earnings. However, the costs for staff, material, rent or fuel hedging continue,” it explained.

While the group’s liquidity is relatively strong, at above €4bn, it has to make “bitter decisions in order to reduce our loss of cash”, it said.

At the moment more than 80,000 staff are on reduced working hours, but the group plans to cut 100 aircraft from across its fleets, which will ultimately leave it with “10,000 unnecessary staff”.

“We can only avoid dismissals for operational reasons by keeping as many colleagues as possible on board with innovative part-time models and this unique Lufthansa solidarity.”

“No one, including us, had any idea how quickly and dramatically the situation would escalate.”

The one bright spot is air freight; the freighter fleet is in operation and has carried out some 70 cargo flights on passenger aircraft – or “preighters”.

But, Mr Spohr noted, other business lines were failing: Lufthansa Technik expects a workload decrease by 60% this year; its airline food arm, LSG, has seen production fall 95%; and the group has shut down 23 facilities until further notice.

Mr Spohr also urged customers who wanted a refund to be understanding.

“It could endanger the entire travel industry if we are required to continue instant reimbursement of cash in the current phase. In addition, our customer centres and processes are simply not designed for such a multitude of reimbursements.”

Lufthansa also said it was talking to manufacturers to postpone new aircraft deliveries and is in negotiations with airports, air traffic control and the public sector on “a fair distribution” of costs.

“However, we also know that all of these contributions combined will not even come close to compensating the lack of income. Our liquidity will continue to decrease over the next few weeks – significantly,” it said.

However, carriers must “maintain a critical infrastructure, together with the airports and the German air traffic control. That is the only way that we can make important contributions to society and maintain the health and safety of the population. That is what is expected of us, even if it makes little sense from a commercial point of view”.

The next step, said Mr Spohr, would be recovery. In June, the group will plan the first phase of its “new start”, and expand its flight schedule, but he warned it would be a “very slow start-up phase”, with global demand not expected to be in balance with supply until 2023 – and that would be on a lower level.

To emerge from the crisis stronger will require structural realignment, and the group wants to “position ourselves competitively for the future” – which will involve a “significantly smaller Lufthansa”.

The group is in talks with the German government and KFW, along with the governments of Austria and Belgium, while Switzerland is expected to approve a package for its Swiss airlines today. But Mr Spohr warned that the conditions and timelines were key – and that state aid globally could not distort competition.

“First and foremost, we cannot allow ourselves to become heavily indebted as that would paralyse us for years. We must develop a plan today for how we can repay the government loans and investments as quickly as possible.

Mr Spohr told shareholders, who will not be receiving a dividend: “Airlines were the first in the world to be hit by this crisis; they are hit the hardest and they will likely be among the last industries to emerge from the crisis.”