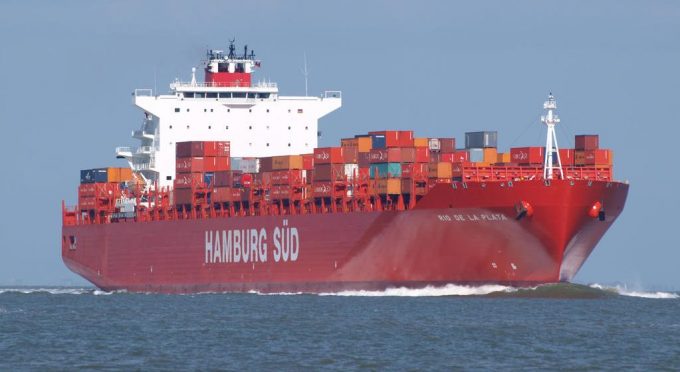 A Hamburg Süd ship that suffered a Covid-19 outbreak onboard left the New Zealand port of Tauranga yesterday for Malaysia’s Tanjung Pelepas.

The 21-strong crew on the 5,905 teu Rio de la Plata was tested on Saturday, just as the ship was about to depart for another New Zealand port, Napier, and positive results were returned for 11.

This led to Rio de la Plata being anchored outside Tauranga while health authorities tested 110 port workers and decided where the ship could go next.

A Hamburg Süd spokesman told The Loadstar that, as Napier’s port authorities would not accommodate Rio de la Plata, the carrier decided to send the ship to its next destination, Tanjung Pelepas, to avoid further delays.

Rio de la Plata serves the SENZ 2 service that calls at Singapore, Brisbane and Sydney, Tauranga, Napier, Lyttelton and Port Chalmers in New Zealand and Tanjung Pelepas, where its arrival is estimated to be 21 August.

The spokesman said: “Customers with cargo onboard that could not be discharged in Napier have been informed and will receive an update once the Rio de la Plata reaches Tanjung Pelapas and the contingency plan is finalised.”

As a result of the disruption, Hamburg Süd’s next ship on the SENZ 2, the 5,905 teu Rio de Janeiro, skipped Tauranga and arrived in Napier on Monday, departing for Lyttelton today.

No port workers, including two pilots and 70 other workers who boarded Rio de la Plata in Tauranga, have tested positive. The ministry of health traced the outbreak to a marine pilot who went onboard the ship between 21 and 23 July in Brisbane to ensure safe passage through the Torres Strait.

Against the odds: Hamburg Süd by Mærsk – brand value, what value?

I am with you