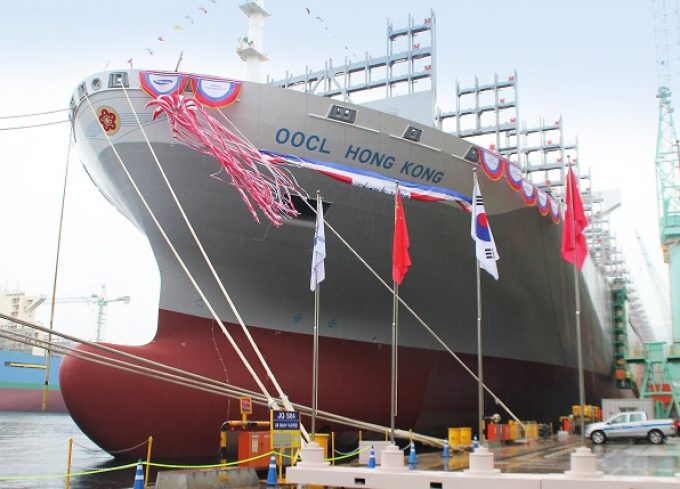 China’s Cosco Shipping may be about to announce that it is to acquire Hong Kong-based carrier OOCL.

An insider source has told The Loadstar a takeover of the container arm of Tung family-led Orient Overseas International (OOIL) is “almost a done deal”.

In January, reports surfaced of a $4bn price tag put on the container line by OOIL as the Chinese state-owned line, French carrier CMA CGM and Taiwanese line Evergreen were touted as potential bidders.

However, all parties denied at the time that they were in talks.

Subsequently OOCL joined with Cosco, CMA CGM and Evergreen in the Ocean Alliance and saw volumes and revenues improve in the first quarter, year on year.

But the gap between the top tier of carriers has widened after a spate of M&A activity in the past two years, leaving OOCL with just a 3.3% global market share, according to Alphaliner data, competing against Maersk Line’s 19% (including Hamburg Sud), MSC’s 14.7%, CMA CGM’s 11.1% and Cosco’s 8.3% share of the container market.

Nevertheless, OOCL has done what it can to match its bigger peers and in 2015 placed an order with Samsung Heavy Industries for six 20,000 teu-plus ultra-large container vessels (ULCVs).

OOIL’s shares surged by around 30% in January on expectations of a deal to sell OOCL, which, analyst Drewry suggested, would be a “good buy”, given its long track record of producing above par results, even during industry downturns.

Indeed, The Loadstar’s financial analyst, Alessandro Pasetti, wrote in December: “It is plainly obvious to gauge the probability that OOIL may have to find a partner to get going in a very challenging container shipping market, where scale has become vital.

“This is not only because more efficiency, bigger ships and environmentally friendly solutions are necessary to shore up competitiveness and earnings, but also because as container shipping lines grow inorganically, it becomes easier for them to exploit precious cost synergies.”

Mr Pasetti added: “And the longer it (OOIL) waits, the better deal it might be able to get – either as a buyer or seller.”

Shares in Cosco Shipping Holdings were suspended on the Shanghai Stock Exchange on 17 May after the bourse received notice that the company was “proposing to plan for certain material matters”.

Last week, Cosco announced that it was to acquire a 51% controlling stake in Spanish port business Noatum, but its shares remain suspended leading to speculation of further acquisitions.

At the launch of its 21,413 teu flagship OOCL Hong Kong in Korea last month (pictured above) OOIL chairman CC Tung said that the delivery of the newly crowned biggest containership in the world was “an important moment”.

He said: “Faced with increasing competition and un-ending pressure on costs, we need to take the bold step in operating larger size ships of quality and high efficiency in order to stay relevant and compete effectively as a major container shipping company.”

The OOCL Hong Kong is on its maiden voyage to Europe and on Thursday a reception will be held at the UK port of Felixstowe to mark its arrival.