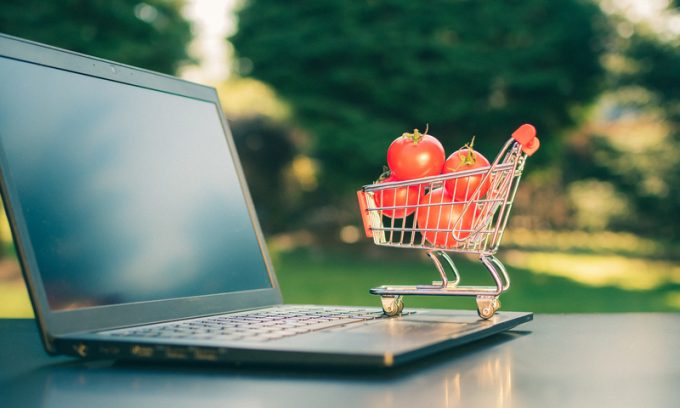 According to IGD, a UK-based training and research charity centred on the food and grocery business, the sector is going to experience rapid growth in the coming years.

A report that it has produced in association with the Consumer Goods Forum predicts 163% growth globally by 2023 – nearly four times the rate of any other channel.

The Asia-Pacific region is expected to lead the charge, growing by $198bn, an increase of 196% over the period. The North American market will expand by a comparatively modest $38bn, a growth rate of 152%. For Europe, IGD projects 66% growth, an expansion by $21bn.

IGD predicts that in Asia the share of the grocery business commanded by e-commerce will reach 7.5%, more than twice the share in North America at 3.4%.and three times the penetration of Europe, where it is expected to reach 2.5% in 2023.

“We are living in exceptional times, with an extraordinary burst of retail innovation, driven largely by digital developments,” declared Susan Barratt, chief executive of IGD. She added that digitisation had already disrupted and transformed the industry, but was only the beginning.

“We believe plenty of the emerging models are set to grow and prosper, which means established retailers will need to work hard and swiftly, either to limit their impact or to emulate them,” she said.

IGD’s study highlights three major trends that are transforming the sector: the evolution of incumbents; the emergence of ecosystems, comprising merchants, technology providers and logistics partners; and developments within e-commerce.

In order to reduce costs, improve connections with their customers and enhance their stores, established players are transforming their set up. Much of this is going to be driven by technology and strategic partnerships of retailers with technology providers. Artificial intelligence is going to play a transformative role for the interface between retailers and suppliers.

“Retailers with the best data capabilities will win in the long term by improving their operations every day,” the study’s authors concluded.

Within the e-commerce sphere (what IGD labels ‘e-commerce 2.0’), several developments will shape a new landscape, according to IGD. Online businesses will diversify to off-line channels (through setting up stores or striking alliances with traditional retailers), business from manufacturer to consumer is going to grow, there will be a proliferation of specialist retailers and marketplaces in e-commerce and some logistics companies will undergo a transformation and morph into retailers.

IGD’s analysts see a network of retail and consumer services emerging that are linked by logistics, technology and financial services. Much of this is going to evolve around technology providers that are themselves broadening their capabilities. Over time these will bolt on new services, connecting as many consumer touchpoints on the path to purchase as possible.

“The centralisation of data and use of advanced technology means that ecosystems will gain real time insights, promoting rapid change, driving greater personalisation for shoppers and raise profitability, a benchmark for all other retail models,” the authors predicted.

It will be interesting to see how these ecosystems address the question of data ownership, which can have wide-ranging ramifications, especially if such an ecosystem were to unravel.

Cathy Morrow Roberson, founder and lead analyst of Logistics Trends & Insights, noted that this was not the first time that online grocery shopping had been spotted on the launch pad for take-off. Previous predictions have not materialised, she pointed out, adding that online shopping’s share of the grocery business has remained stubbornly unchanged.

“The opportunity is great, but it’s consumers that are going to drive this. A lot of us still prefer to pick up produce and meat and look at it. I see the promise for staples, like canned goods and paper goods, but perishables have been problematic,” she said.

“Perhaps the millennials have a different attitude and are fine ordering their meat and vegetables online,” she continued.

Online merchants and their logistics providers have struggled to avoid red figures on the final mile, given the high cost of residential deliveries and tight margins. If anything, this is even more of a challenge in the grocery segment, where margins are wafer-thin. Ms Roberson notes that the drive to lower costs starts at the fulfillment centre, which should be fully automated.

She suspects that most grocery stores feel they have no choice but to offer online shopping, lest they lose market share. Many specialty stores have resisted the trend, banking on the strength of their particular niche, she said.

Commercial property giant CBRE is less sceptical about growth in the online grocery sector. Its analysts regard it as a major driver in their growth projections for temperature-controlled warehousing.

CBRE just released a report on cold storage which offers a bullish take on the business. It cites projections from the Food Marketing Institute that demand for industrial real estate could reach 100 million square feet over the next five years, and for online grocery orders to rise to 13% of total grocery sales by 2022 (up 3% from 2018). This translates into growth of $100bn in annual online grocery sales, CBRE noted.