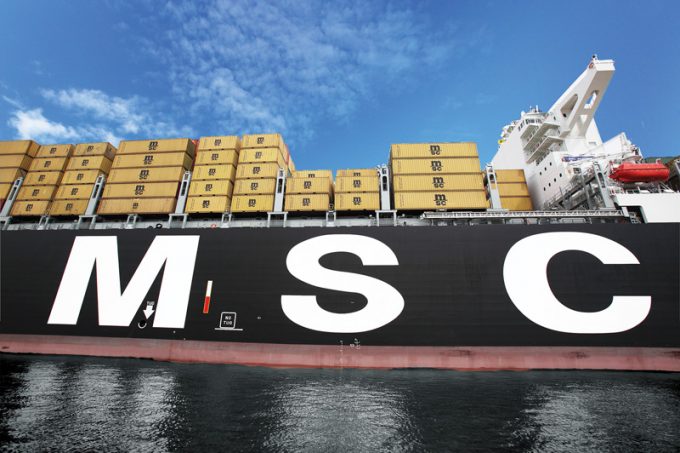 Containerships sailing from Asia to North Europe are running “full to the gunwales” ahead of the Chinese New Year (CNY) holiday this month, causing a spike in spot rates and a rollover of lower-rated contract cargo.

UK NVOCC Westbound Shipping Services said today that, in the present climate, the lowest-rate contracts “are worthless” as a guarantee of shipment on board.

Headquartered at DP World London Gateway, Westbound claims container lines will either admit the rates are too low and refuse the booking, or accept and “accidently” leave the boxes behind until the next vessel has space – which at this rate is likely to be after CNY.

It added that shipping lines had “also expressed concerns over entertaining long-term fixed rates this year”, reinforcing The Loadstar’s information from carrier sources.

One UK-based senior manager of a top-three carrier recently told The Loadstar: “Our westbound Asia-North Europe ships are running full to the gunwales; why should we load them up with low-rated cargo?”

Westbound also voiced concerns that some Asia-North Europe carriers were planning to withdraw long-term deals altogether in favour of one-to-three-month contracts or spot cargo, and said it could be a “very tough and testing year ahead” for shippers on the route.

“Since September, we have consistently, and rightly, warned our exporter and importer customers to expect rate increases in both the spot and contract markets.”

Drewry said this week that spot container rates on the major east-west trades had reached a 20-month high and had risen above the average of the last five years.

According to the latest weekly reading from Drewry’s World Container Index (WCI), spot rates for the Shanghai-Rotterdam component leapt by $257 per 40ft to $2,210, while for Shanghai-Los Angeles, the WCI notched up a $545 gain to $2,106 per 40ft.

Drewry said it expected the “volume upsurge on account of an early CNY to support further increases next week”.

The jury is still out as to whether the carriers can sustain these gains in the slack period following CNY, not least because of the 1.7m teu of new capacity stemmed for delivery this year.

And given that global container lines charter in a high percentage of their tonnage – in the case of MSC, for example, 61% of its fleet is chartered – and the market remains in favour of the carriers, both in terms of daily hire and flexible time periods, the lines should have all the tools they need to adjust to soft demand situations.

However, the big unknown is how aggressive the three east-west vessel-sharing alliances will be from 1 April, when the Ocean Alliance and THE Alliance go head to head with the 2M+H grouping in a battle for global market share.

Meanwhile, the current four alliances are already pre-empting the reduced demand following CNY by blanking a slew of voyages on the Asia-Europe and transpacific routes.