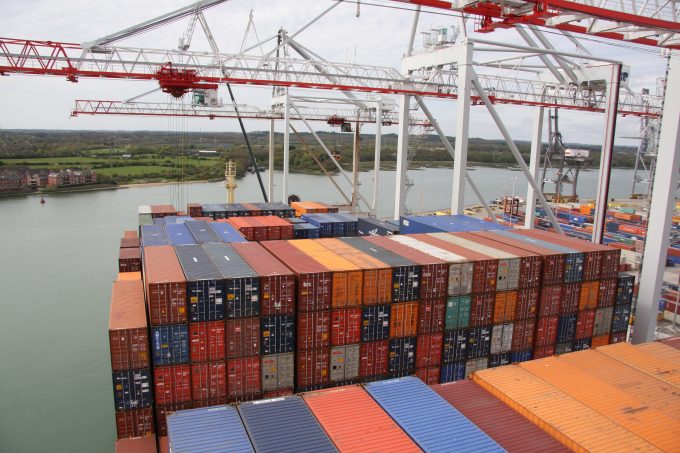 After several weeks of inertia, the Shanghai Containerized Freight Index (SCFI) saw something of a growth spurt this week, which is excellent news for ocean carriers ahead of the all-important peak season.

The SCFI comprehensive index jumped by 11.5% on the week to 922.22 – nearly double the reading of a year ago, evidencing the much-improved trading conditions across liner trades this year.

From Asia to North Europe spot rates gained 15.1% to $1,015 per teu, influenced by a new round of FAK (freight all kinds) rate hikes and a disciplined intended implementation of peak season surcharges (PSS).

For Mediterranean ports there was a more modest increase of 8.3% to $951 per teu.

Shippers have told The Loadstar that, unlike a year ago when carriers were heavily discounting rates to North Europe, sometimes resulting in 20% falls in the weekly SCFI component, carriers now seem to be holding firm on rates, no doubt boosted by the encouraging forward booking forecasts.

One major UK forwarder said: “There are still a few rogue NVOCCs out there pretending that they can get better deals with the lines, but we are all sticking together to root out those bad boys.”

Indeed, one e-mail inadvertently seen by The Loadstar this week from a UK forwarder and addressed to HMM – slot charterers on the 2M alliance – seemed to be encouraging the South Korean carrier to compete for a particular account and alleged that Cosco was offering sub $1,000 rates per 40ft from China.

The message said that in order to secure the business “rates would need to be $975” and also appeared to suggest that HMM could take advantage of Maersk’s current IT booking problems, linked to the cyberattack on its servers this week, to better utilise its slot allocation.

Elsewhere, on the transpacific trade, carriers will be heartened by a big leap in spot rates after several weeks of worrying declines on the trade.

The Loadstar reported last week that spot rates from Asia to the US had slumped to 10-month lows and had lost all of the gains achieved since last September after the demise of Hanjin Shipping.

But this week the impact of the circa 5% year-on-year volume increase on the eastbound transpacific route finally kicked in and spot rates put on a surge.

Other notable increases in the SCFI were seen on the Asia to east and west Africa, and South Africa trades where rates jumped by 16.7% and 15.7% respectively on the week.

Indeed, for Asia to South Africa rates have skyrocketed from around $750 per teu in early March to a seven-year-high $1,400 per teu currently, buoyed by a volume recovery on the route.