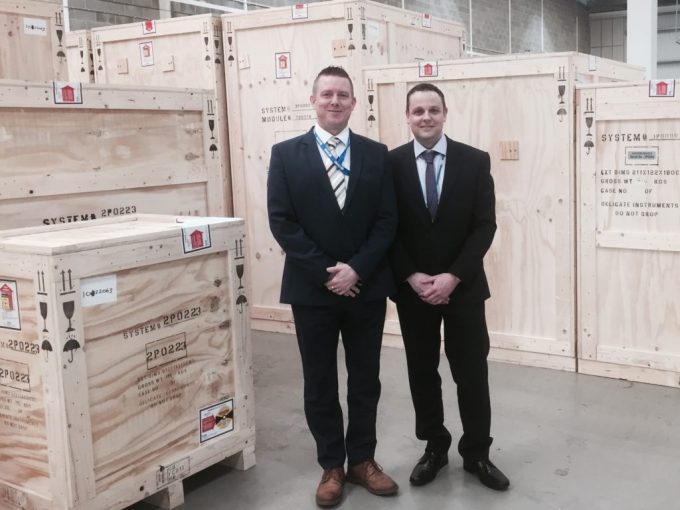 Crane Worldwide have promoted global account manager Chris Lee to the role of UK managing director, based at the company’s new warehouse facility at Heathrow.

The appointment follows the promotion of Jason Stretton to director of operations for the EMEIA region, while Ewan Alexander takes up the newly created position of director of sales EMEIA.

Mr Lee will be supported by Neil Dyson, based in Aberdeen, who has been promoted to UK operations director, covering the company’s core sites in Aberdeen, Manchester, Felixstowe and London Heathrow.

EMEIA regional vice president Gerard Ryan said: “The restructure within the European region sets the foundation for our growth plans in 2017.

“The UK market faces a number of challenging adjustments in the year ahead and I am confident that, with Chris Lee’s leadership and Neil Dyson’s operational expertise, we have the right team in place to continue to build upon Crane Worldwide’s footprint throughout the UK.”

Mr Lee has been with Crane Worldwide since 2011 and has over 20 years’ experience in the industry, having started in an operational role with Exel Logistics in 1994.

Crane Worldwide has snapped up its second Jas Forwarding executive in four months with the ...

The (micro)chips are down, putting the brakes on global car production

Auto makers are having to pare back production, just as the market is getting back ...

Crane Worldwide, which celebrates 12 years of operations this week, has appointed a chief information ...

Crane Worldwide has turned what could be a depleted business line into something beneficial. It is ...

USMCA borders stay open for trucks, but volumes expected to drop after spike

The national governments in the USMCA zone, the US< Mexico and Canada, have closed their ...