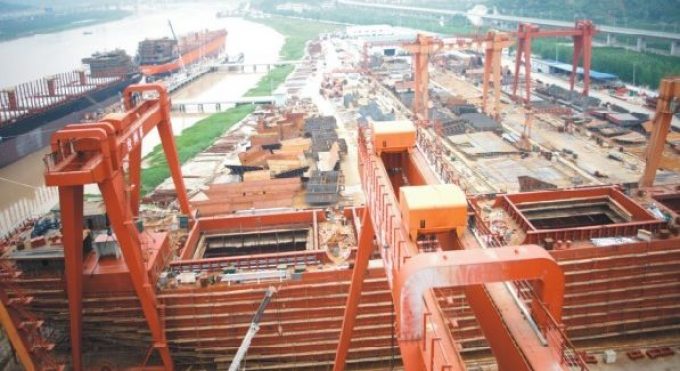 Maple Leaf Shipping, a privately owned Chinese tonnage provider, is building a pair of 1,800 teu containerships without a charterer firmed up, The Loadstar has learned.

The two vessels are being built by its affiliate, Taizhou Maple Leaf Shipbuilding, for delivery in late 2022/early 2023.

The two companies are part of a loosely formed group established by Ye Yueshun in 2002 after he bought the restructured China state-owned Zhangan Shipping.

A Maple Leaf representative told The Loadstar the group was negotiating with “interested parties” to charter the ships.

“Container shipping is doing well now and vessel supply is so tight that operators are looking for every available ship,” said the representative.

Primarily an owner of bulk carriers, Maple Leaf acquired its first containership, the 2005-built 599 teu Maple Leaf 25, which was sold to China United Lines in 2014.

The Ye family expanded into shipbuilding and repair with the establishment of Taizhou Maple Leaf in 2005, and Sanmen Maple Leaf Shipbuilding in 2012.

Taizhou Maple Leaf built its first containership, the 1,113 teu Ocean Grace, in 2014 and, after being reflagged to Palau in September 2021, it appears to be deployed on CMA CGM’s China-Thailand Service 3.

Speculative construction of containerships is not unprecedented. Taiwanese shipbuilder CSBC is constructing four 2,800 teu ships for delivery in early 2023 and also is in talks with potential buyers and charterers.