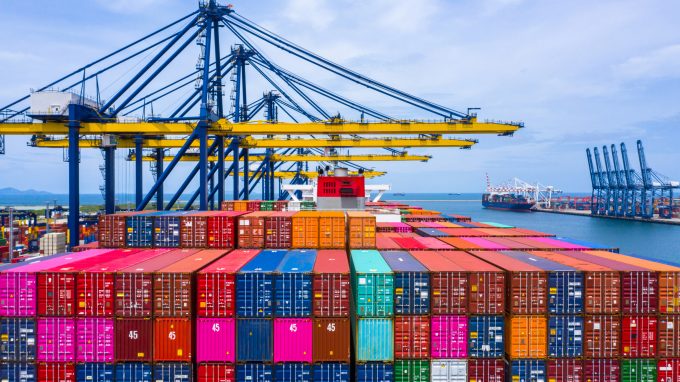 Ocean carriers do not expect consumer demand in North Europe to recover until at least March, when they hope container freight rates from Asia will also rebound.

Low rates, down to $750 per 20ft and $1,000 per 40ft from China to North European ports, are being touted in the market either directly through local carrier offices, or via forwarding agents, valid until 1 March.

Moreover, for the immediate period after the Chinese New Year, when cargo prospects are looking particularly soft, one of the biggest carriers is offering shippers an FAK rate of $550 per 20ft from Dalian to Felixstowe for a shipment window of 1 to 14 February.

To qualify for this rate, a booking must be made by 15 January.

The container spot market indices are still not reflecting the ‘market’ rates to North Europe, although Xeneta’s XSI was the closest this week, as its component slid by another 8%, to $1,885 per 40ft.

“The supply of shipping space was abundant and the marketing strategy of carriers was still based on soliciting cargo, therefore the market rate dropped,” says the Ningbo Containerized Freight Index (NCFI) weekly commentary.

However, there was better news this week for carriers serving the Asia-Mediterranean tradelane, where “increased demand” prompted 2M partners MSC and Maersk to reinstate a sailing on the AE11/Jade loop that had been voided.

Spot rates on the route, as recorded by Drewry’s WCI index, declined by 4% this week, but remain significantly higher than North European rates, at $2,821 per 40ft.

Meanwhile, on the transpacific, carriers will be encouraged by the easing of inflation, down to an annualised rate of 6.5%, which is expected to result in the Federal Reserve being less aggressive with its interest rate hikes and thus encourage consumers to start spending again.

Container spot rates from Asia to the US west coast appear to have bottomed out, at between $1,300 and $2,000 per 40ft, as carriers cancelled half their sailings on the route ahead of the CNY.

On the transatlantic, the impact of carriers deploying extra capacity and the start of services by market entrants is, unsurprisingly, putting pressure on freight rates.

Maersk announced this week that the 2M would be adding three extra vessels to its transatlantic loops. And UK-based Ellerman City Liners is upgrading its fortnightly service from North European ports to US east coast ports to weekly, after redeploying vessels from its now defunct Asia to North Europe service.

Container rates on the route, as recorded by the spot indices, are still at a highly elevated level of between $5,500 and $6,500 per 40ft, albeit that the weekly declines are accelerating, but ‘market’ rates from say Liverpool to New York are said by a forwarder contact to be “much lower”.