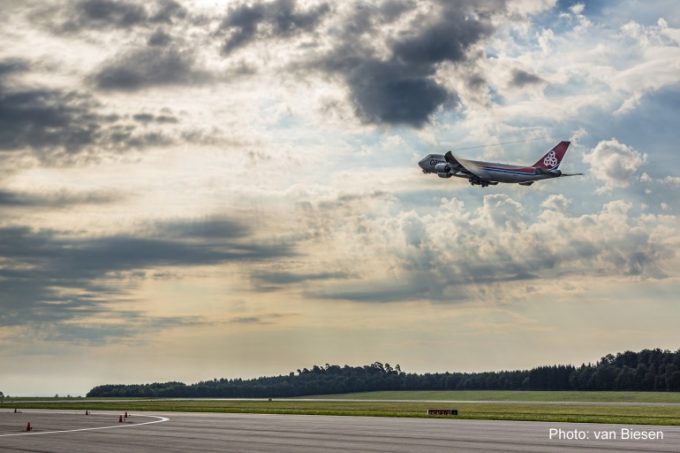 More change at Cargolux: Claude Zehren, formerly chief pilot, has become EVP and nominated person flight operations, a position he has held on an interim basis for the past month; and it appears Dirk Reich, former CEO, may not be out of the picture for long.

More interesting still, the new company is shortly to open offices in Zhengzhou – home to Cargolux’s Chinese operation – and Luxembourg. It will be locally staffed by January 1.

According to its website, liberally sprinkled with Cargolux images, R+R will offer advice and investment in aviation, logistics, e-commerce and China.

“Should you look for the market access in mainland China or an introduction to Chinese investors in Europe, R+R is your perfect partner, based on many years of practical experience and successful business development, as well as a wide network of excellent relationships in China,” promises the website.

Media reports have indicated that Cargolux’s Chinese joint venture airline is likely to be delayed, into 2018, as a result of the need for more Chinese investment as well as regulatory approval, which can be slow. While some in the market have questioned the wisdom of setting up a hub in Henan, where much of the cargo will need to be trucked in, Mr Reich has consistently expressed confidence in the idea.

He noted earlier this year that two German car manufacturers were consolidating cargo at Zhengzhou, and told The Loadstar last year: “In the hinterland there are hundreds of cranes, thousands of people. It is still growing disproportionately. You can see how dynamic is it. There is huge market potential. Yes, there will be some effect from the financial slowdown but we are very confident. Growth will be at least 5% in the years to come.”

Mr Reich was succeeded as CEO by Richard Forson, former CFO and interim CEO, so the pair clearly know each other well. Cargolux was not available for comment on whether Mr Reich would retain a consultancy role with the airline.

Meanwhile, Mr Zehren has taken over his role from Jason Holt, former EasyJet strategy boss, who left the airline in July after less than a year. Mr Zehren has been with Cargolux for 18 years both as a pilot and as part of the management structure.

“I am excited to take on this challenge,” he said. “Cargolux pilots have always strived to deliver the highest standards in operation and safety. Their spirit and motivation is unparalleled and I am very much looking forward to continue my work with these colleagues in my new position.”

More freight delays are expected in China this week, after typhoon In-Fa forced the closure ...

Air cargo yields on the transatlantic may begin to soften this summer, according to Richard ...