News / Cargologicair takes a flier on the automotive trade, taking off for Mexico 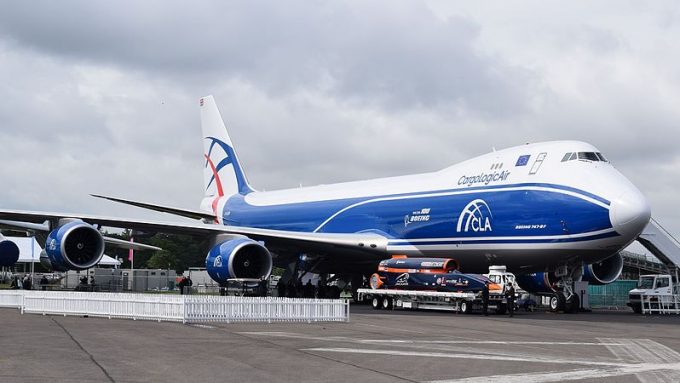 Cargologicair (CLA) is set to launch its first scheduled services with an operation between the UK and Mexico.

Taking off on August 19, the twice-weekly flight from Stansted will call at Atlanta before going on to Mexico and returning via Houston, Frankfurt and Abu Dhabi.

“We are looking to work with key players in the industry out of the UK. One of the driving factors is to meet their requirements to help expand the level of trade.”

CLA will be taking over and doubling the route sector between Houston and Abu Dhabi previously offered by its business partner, AirBridgeCargo Airlines (ABC).

Cargologicair is positive about market developments, hoping to increase frequencies, as well as considering expanding its 747 freighter fleet to four next year. Its third aircraft began operating in April.

“I am confident enough that we may be able to increase frequencies to three a week by the end of the year,” said Mr Harvey. “That is, of course, subject to how it performs in the third quarter.

“There are some real, positive signs in the market. Whether that is because there is a surge in the market or because the US has started to invest again now the election is over, I am not sure. But there seems to be more confidence.”

Two of CLA’s aircraft are currently flying under ACMI agreements for ABC. With the growth in its fleet, CLA has also seen more demand for ad hoc and charter services for other customers. These contributed to an overall 44% growth in business in the first six months of 2017. Mr Harvey said the aircraft’s operations were “under constant review”.

“We’re very pleased with our progress, including our partnership with AirBridgeCargo. We are looking to increase the size of the fleet in 2018, depending on how the market performs, especially in the third quarter, and trying to identify the best opportunities to keep our long-term growth strategy on track. I am quite confident.”

Mr Harvey said CLA was keen to ensure that its scheduled operations had “longevity”, and that customer relationships provided a win-win for all parties.

“We are building our business to last in the long term. We do not want to be a one-minute wonder. That means working with customers to find routes and services they want to support. We want to operate routes that are successful for us, and for our customers.”

He added: “We are really excited by this business. It’s still a relatively new venture, but we think it’s a positive time to get into this market.”