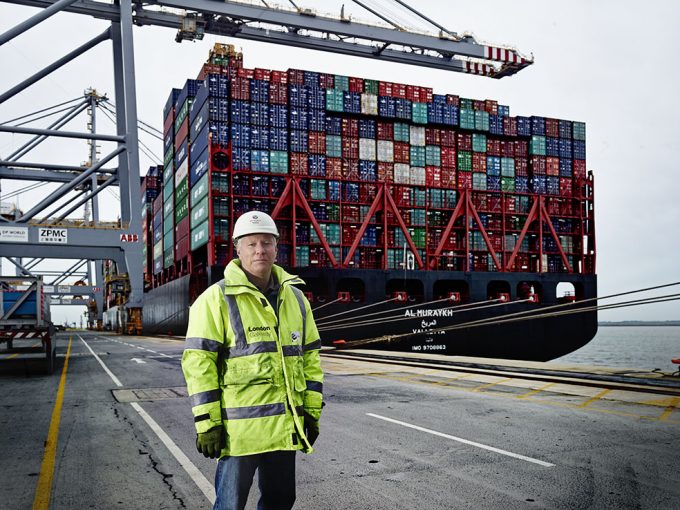 DP World London Gateway chief executive Simon Moore is moving on from his current position to the international terminal operator’s corporate headquarters in Dubai to take on a new role as senior vice president of commercial and strategy.

He begins his new job on 1 April this year and reports to DP World’s executive vice president and chief operating officer Anil Wats, who said he will be responsible for “the development and implementation of DP World’s overarching commercial and customer interface strategy to drive business performance, growth and market share”.

“He will also be responsible for the coordinated and consistent implementation of strategy within DP World and will evaluate and give input into cross-functional decisions that will enable DP World to achieve its value proposition to the customer and the company’s long-term objectives,” Mr Wats added.

Mr Moore has led the London Gateway project since DP World’s acquisition of P&O in early 2006, when his office was little more than a Portacabin on the north bank of the Thames overlooking an old oil refinery that was subsequently developed into the UK’s newest container port.

He joined the Dubai-based operator a few years prior to that and worked on its acquisitions of CSX World Terminals and P&O. Previous roles included a stint in the liner industry with P&O Containers and management positions with Hutchison.

He said: “It is with a heavy heart that I will be leaving London Gateway. It has become an integral part of my life over the last decade. Taking the project through the UK planning process,  building an outstanding team from scratch, and creating thousands of new jobs, as well as a new, world class, 21st century infrastructure asset for the UK, has been a once in a lifetime opportunity for me.

“There have been bumps along the way, but I can honestly say I have enjoyed every single minute,” he said.