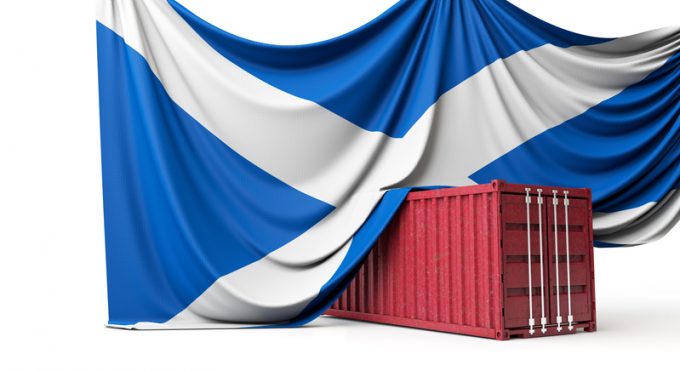 There is an invisible traffic jam of UK exports building, amid increasing business risk-adverseness, according to a new survey.

Scottish Engineering CEO Paul Sheerin told the Scottish Parliament’s Culture, Tourism, Europe and External Affairs Committee a survey of the members of the association revealed that “all those who export goods are suffering” as a result of Brexit.

He said: “These problems are myriad, predominantly involving availability of logistics capacity and increased costs. But what worries them more than this is the impact on their relationships with customers.

“Delays in getting parts in, mean delays in getting goods to customers, and when parts come in late, they lack the capacity to build fast enough and address the backlog.”

One company, he said, had paid £1.75m in dedicated air freight costs in an attempt to keep its supply chains moving and maintain its commitments to customers.

“This same company previously sent home over 200 members of staff because it didn’t have enough components to build with; many are asking how long issues like this will be allowed to go on before clients abandon them for non-UK manufacturers,” Mr Sheerin added.

“We’ve also been warned by colleagues in Northern Ireland to watch out for when the next phase of customs requirements is implemented.”

Mr Sheerin’s comments come in the same week that Whitehall claimed the UK had avoided the “worst case scenario” of post-Brexit supply chain breakdown and significant queues to the port of Dover.

A Cabinet spokesperson told The Loadstar the latest data government had shown freight flows between the UK and EU were “back to normal”.

However, the Road Haulage Association (RHA) challenged this, telling The Loadstar a lack queues “should not be confused as a barometer or success”, as checks were happening elsewhere.

A spokesperson for Logistics UK acknowledged that traffic flows appeared “comparable” with 2020, but noted that flows through Channel ports were “traditionally low” at the start of the year, and that they “are still some way off” expected volumes for later in the year.

“In addition, most controls on inbound freight aren’t in place yet,” the spokesperson told The Loadstar.

“Businesses have worked hard in these first two months to adopt new trading processes for exports, in real time, and are now working with customers and partners in Europe to adopt the necessary processes to ease potential delays for inbound freight from April onwards.

“SPS certification will be required virtually on all food and animal imports and, from July, all import requirements will be on, when flow levels are higher than they are now.”

Mr Sheerin said shipments were waiting at the “back doors” of factories, whether because they were being risk-averse in sending goods out or as a result of paperwork delays.

He added: “That’s why there are no queues at ports; it’s happening and it’s bad, it’s just not visible.”