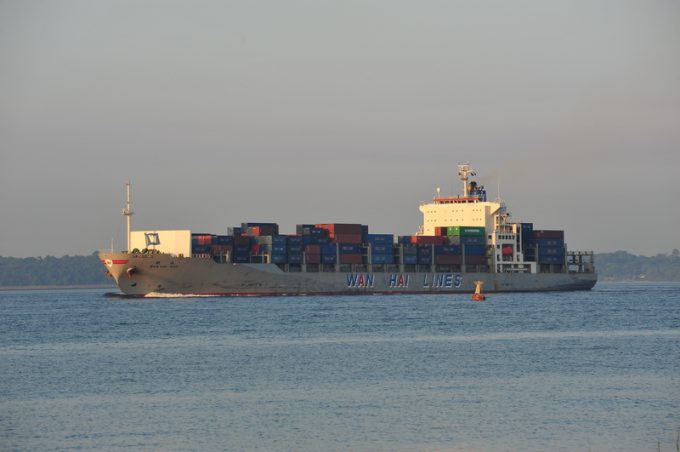 Container lines have enjoyed their most profitable quarter in two years, according to a review of second-quarter carrier results by Drewry, and are looking at a $10bn swing in profitability

With the exception of CMA CGM, which will report later this week, all carriers which publish their financial results have now posted their interim first-half numbers.

“Our preliminary operating margin estimate is that during second quarter of 2017 the industry enjoyed its most profitable quarter in two years, with margins hitting around 4%,” said Drewry.

“The trend line is undeniable, and keeps the industry on track to meet our forecast that it will make a collective operating profit in the region of $5bn this year, after losing a similar amount in 2016.”

Of the 16 container lines analysed by Drewry, only four were still operating in the red at the halfway point this year, compared with 12 in that position last year.

The consultant suggested there were three main reasons for the turnaround in fortunes this year: “a shrinking pool of competitors”; “improving supply and demand fundamentals”; and most important “carriers (in general) used this newfound pricing power to good effect”.

The data shows the emphasis had shifted from market share growth to improving returns. But there was one notable exception: Hyundai Merchant Marine (HMM) found itself bottom of the pile with a first-half loss in H1 of $227m, although this was an improvement on the $353m loss in the first six months of last year.

Drewry said HMM had offered “steep discounts on freight rates to recover lost volumes”, the consequence of the South Korean carrier’s desperate financial situation prior to its creditor-led restructuring last year. While HMM had grown its carryings by 46% in the second quarter, year on year, its revenue per unit had declined by 6%.

However, this was disputed by HMM, which told The Loadstar: “HMM did not offer any steeply lower freight rates than market price in order to recover the lost volume.

“On the contrary, HMM’s average freight rates in 2017 second quarter have increased year-on-year, considering its operating profits in container business – excluding chartering and other income.

“Despite increased freight rates from last year, dramatic 95%-plus year-on-year growth of capacity and volumes in Asia Trade of which rates are relatively lower than other trade engendered the unit revenue increase limit,” it said.

Intra-Asia specialist SITC recorded the best first-half operating margin at 13.9%, followed by Cosco at 10.3% and US Jones Act niche carrier Matson at 7%.

HMM’s operating margin for the six months came in at -10.2%, with the second worst MOL at -3.6% and Yang Ming at -1.6%.Industry leader Maersk Line was seventh in the ranking with a positive operating result of 2.9%.

Interestingly, in a separate analysis of carrier financials, SeaIntel noted that niche Taiwanese carrier Wan Hai – which it said was the only container line to record a profit “in every second quarter for the past six years” – had by its standards posted a disappointing result for the second quarter, improving its result by just $18m year-on-year.

Drewry’s view on the cumulative first-half carrier margins, which it said were likely to go “even higher” when CMA CGM reports its results, was positive.

“Even greater pricing discipline should prevail as more lines emerge from their own troughs,” it said, adding that in combination with an improved market outlook and fewer players, “should ensure the recovery is more sustainable than before”.