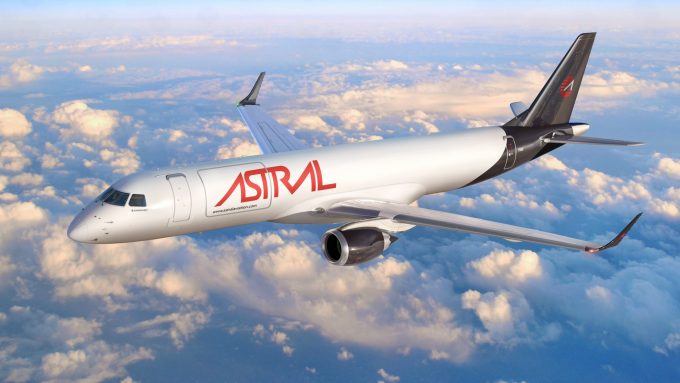 Astral Aviation in Kenya is “right-sizing” its cargo fleet to prepare for rising demand for capacity as most of Africa draws closer to becoming a free trade area and a single air transport system.

“The intra-African market for passenger and air cargo has incredible potential for African airlines, and we expect an increase in regional trade and new opportunities for air cargo,” Sanjeev Gadhia, Astral CEO told The Loadstar.

Astral is the launch customer for the converted Embraer 190F, with two on order, and deliveries from lessor Nordic Aviation Capital will start in Q3 24.

“Our decision to select the E190F was taken to meet the requirement for a feeder aircraft for our Nairobi hub and to replace the ageing DC9 freighter fleet with a more efficient and sustainable option,” said Mr Gadhia. 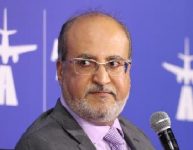 Nairobi is an important hub and sorting centre for Africa-bound goods and Mr Gadhia reckons the E190F will be a perfect fit for the fleet, which comprises freighters in three payload categories: up to 20 tonnes, 20-40 tonnes and 50-100 tonnes.

He said a detailed route analysis had been done on the intra-African network from Nairobi and the planned new hubs in Johannesburg and Lome in Togo.

“We believe the E190F will offer efficient and cost-effective solutions to existing and new scheduled routes, in addition to offering point-to-point solutions for oil, gas, mining and e-commerce cargo.”

In May, NAC and Embraer agreed to accept up to 10 conversion slots for the E190F/E195F, and placing the first two aircraft was a crucial milestone for the new conversion programme at Embraer’s facilities in Brazil.

Being the global launch customer for the E190F puts Astral in a strong position among operators looking to achieve at least 50% more volumetric capacity, three times the range of large cargo turboprops, and up to 30% lower operating costs than narrowbodies, according to Embraer. The OEM said the response to Embraer’s P2F programme, launched in March, had exceeded expectations.

Industry forecasts suggest air traffic in Africa will achieve full recovery to 2019 levels between late 2023 and the beginning of 2025.

Mr Gadhia said: “The decision to convert the E190 and E195 into freighters was long overdue and a timely move, considering the anticipated high demand for cargo freighters over the next ten years. They are ideal to meet intra-African cargo requirements in one of the fastest-growing region in the world.”

Meanwhile, the recent ratification of SAATM (Single African Air Transport Market) and AfCFTA (African Continent Free Trade Area) will be a momentous change for the aviation industry in Africa. AfCFTA aims to eliminate barriers to trade and to significantly boost intra-Africa trade, particularly trade in value-added production and trade across all sectors of Africa’s economy.

SAATM is described as a game-changer for Africa, once it becomes fully implemented, allowing considerable freedoms for air transport on the continent. According to the African Union, 35 countries have signed up and opened their markets to each other, removing restrictions in terms of frequency, capacity and traffic rights to enable intra-African transport connectivity that will support trade.

“It is now up to African airlines to take up the new opportunities by entering into collaborations and alliances, which will require a change in mindset, as African airlines have been slow to cooperate,” said Mr Gadhia.

Emirates SkyCargo has launched a scheduled ‘passenger’ freighter service, in a move one forwarder said ...

Better connectivity needed before African e-commerce can take off

E-commerce will struggle to take off in Africa without better connectivity and significant improvements to ...

A lack of intra-African trade, and restrictive air transport agreements are among the biggest barriers ...