News / Asia-Europe shipping rates on the up, but it's too early to talk of a recovery 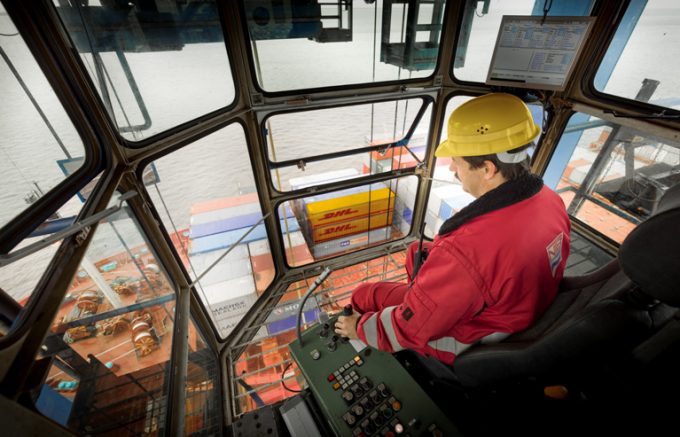 Long-term contract rates agreed over the past three months between major ports in China and North Europe have soared by 64%, according to container freight rate benchmarking platform Xeneta.

Xeneta’s calculation is based on the average market prices – June 2017 compared with June 2016 – of more than 1,500 contracted rates populating its platform for this corridor.

However, despite the spike in contract rates, Xeneta says it is still too early to talk of a sustained recovery in the trade, given the continued weak fundamentals of overcapacity and weak demand – expected to be exacerbated by the launch of new alliances next month, which could trigger a new rate war.

Alphaliner reported this week that the total weekly capacity offered by the 2M+HMM, Ocean and THE alliances between Asia and North Europe next month will increase by 9.6% to some 258,000 teu.

Much of the increase will come from the 2M+HMM alliance, as Maersk and MSC launch a sixth weekly string and upsize existing loops to 18,000-20,000 teu ultra large container vessels (ULCVs).

Anecdotal reports to The Loadstar this week suggest that carrier attempts to hike rates mid-month have failed, one source suggesting carriers were “aggressively offering discounts” for April shipments.

Nevertheless, spot rates on the route are still four times higher than 12 months ago, when rates fell through the $200 per teu barrier to record all-time lows.

This week’s World Container Index (WCI), assessed by Drewry, recorded a further 4% decline on the Shanghai to Rotterdam component, to $1,580 per 40ft. Despite spot rates of around $2,200 recorded in mid-January, it still represents a massive 346% increase on the same week of 2016.

Notwithstanding that spot rates to the US west and east coasts are still respectively 60% and 51% higher than a year ago, with the contract renewal season now in full swing carriers are becoming concerned about the size of increase they will be able to obtain from large-volume shippers that contract directly with them.

One major shipper was said to be aiming for the same $850 per 40ft Asia-US west coast rate it achieved in 2016 –  its carriers are optimistic of winning at least a 10% increase.

Drewry cautioned today that the “market remained volatile” on both the Asia-Europe and transpacific trades.

Patrik Berglund, chief executive of Xeneta, agreed. He told The Loadstar: “It’s a complete mess these days, to be honest – the market changes rapidly… today I was told that it almost ‘changes by the hour’.”

Meanwhile, the jury remains out on the cause of the North Europe-Asia eastbound capacity crunch that has seen carriers turn away bookings, rollover cargo and hike rates to levels above those of the headhaul trade.

The majority of analysts have attributed the capacity shortage on the Europe-Asia backhaul to the blanking of westbound sailings around the Chinese New Year factory shutdown. Several carriers have also suggested that demand for space has been much higher than usual.

However, Lars Jensen, chief executive and partner at SeaIntelligence Consulting, believes the capacity crunch has more to do with the ballasting of ships and repositioning of equipment ahead of the launch of the new alliances.

“A large number of ships will be changing into new routings upon arrival in Asia – and this, in general, makes repositioning of equipment back to Asia difficult,” said Mr Jensen, who added that he expected the supply shortage to be temporary.