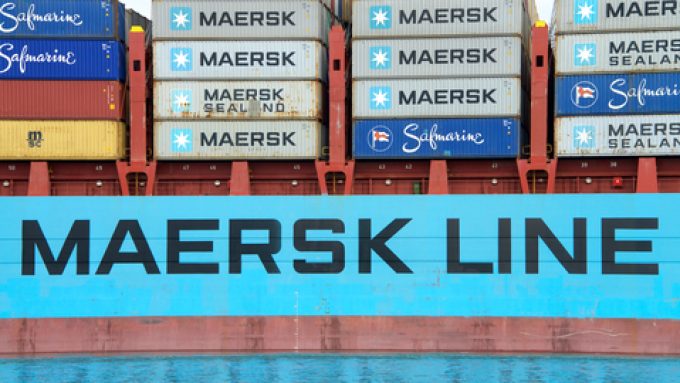 Maersk achieved a new record net profit of $8.9bn in Q3, but said it had “now seen the peak” in its “extraordinary earnings”, as lower freight rates and higher operating costs begin to impact its balance sheet.

Maersk’s consolidated revenue jumped by 37% in the third quarter, year on year, to $22.8bn, of which $18bn was contributed by its liner business.

Ebit for the nine-month period came in at $26bn, and Maersk has reconfirmed its guidance for the full-year for an ebit of about $31bn, meaning it expects a significant downturn in profitability in the final quarter.

“Loaded volumes were adversely affected by weakening demand, in particular on Asia-Europe and transpacific markets, and operational challenges,” said Maersk.

During an earnings call this morning, CEO Soren Skou said “none of us can escape the reality” of the abrupt market downturn.

“Volumes can’t be conjured out of thin air,” he argued and acknowledged that Maersk contracts had “performed well on rates, but not so well on volumes”.

“We are having an honest dialogue with our customers,” said Mr Skou regarding 2023 contracts, but said he expected a similar portfolio of contracted customers next year – “or even higher” than the 70% of its long-haul business currently carried under contract.

“Our contract customers are equally interested in having a long-term commitment with us as they were in 2021 and 2022, so there is no change in that,” said Mr Skou. “Obviously we are negotiating contracts in a different environment than a year ago, so I think it is a fair assumption that we will see lower rates in the contracts.”

“But we have to be crystal clear with our strategy,” added Mr Skou. “Our strategy is not to gain market share in ocean, it is to gain a share of our customers’ logistics spend.”

He said it was “important to have good volumes and a competitive network, but it’s not the half percentage point in market share that’s going to get us very excited”.

He claimed Maersk was “well on the way towards a significant market position in the logistics industry and, at some point – in this decade, probably the middle of the decade – we expect our logistics revenue to surpass that of ocean”.

Turnover from Maersk’s logistics and services sector came in at $4.2bn for the quarter, compared with $2.6bn the year before, mainly driven by added revenue from acquisitions and higher volumes from its core of top 200 liner clients.

This resulted in an ebit of $258m for the quarter, versus the $194m achieved the year before.

Meanwhile, container throughput for its terminal business increased by 1.5%, to 3.3m teu, for revenue of $1.1bn, versus $1bn in the previous year. And higher storage income in Europe mitigated a decrease in storage income in the US for the terminal sector, as congestion eased.

“While rising inflation and high energy prices put pressure on the cost base, results remain healthy as terminal tariffs have been increased accordingly,” said Maersk.