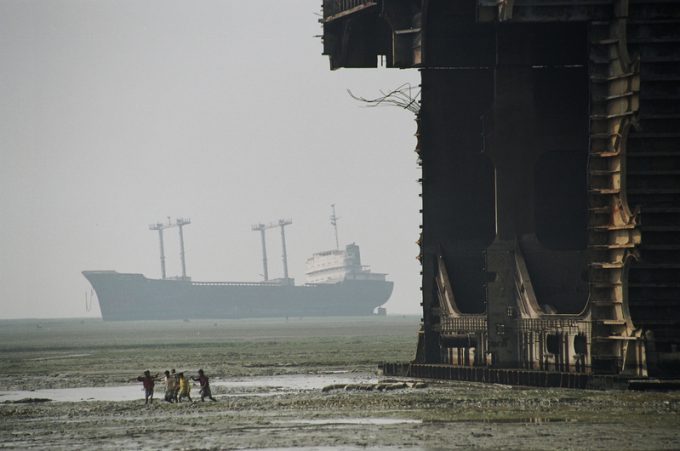 More than any other class of container vessel, the classic panamax – ships of 4,000-5,100 teu – has struggled with severe overcapacity in the months following the enlargement of the Panama Canal.

Despite the fact that 130 panamax ships have been scrapped since 20009, including 44 in just the last four months, and that charter rates of $4,000-$4,350 a day are now common, as much of 20% of the fleet still needs to be removed for shipowners to see some sort of demand-supply balance again.

According to the ConTex container charter index, produced by the Hamburg Ship Agents and Brokers Association, a 4,250 teu vessel currently commands $4,246 a day compared wit $5,863 this time last year – a decline of 27.6%.

Meanwhile, the total number of panamax vessels is 563 – with 68 of them in lay-up.

“Up to one hundred more panamax ships will need to be scrapped before the segment can regain its footing again,” said Alphaliner. “Ultra-low charter rates, currently at subopex [below operating expenses] levels, have failed to revive demand for ships in this sector.”

The problem is that demand has been hit with the new Panama Canal now allowing vessels of up to 12,000 teu to pass its locks. This has meant much larger vessels have been cascaded from other trades, inturn subject to the introduction of increasingly larger vessels.

According to Alphaliner, there were 221 classic panamax vessels on services transiting the canal in June 2016, shortly before the new locks were opened. That number has now fallen to just 88.

In contrast, there are now 87 vessels of 5,000-12,000 teu deployed on Panama Canal services, barely six months since the new locks were opened to commercial traffic.

While the crisis hitting the sector has forced some cash-pressed owners to scrap increasingly younger ships, Alpahiner suggests that the industry as a whole should be looking to scrap older vessels, with owners using the funds raised to reinvest in cheaper, more modern tonnage, or liner operators chartering them at the current rock-bottom rates.

“With modern handy panamax ships of the 4,200 teu-class, aged between seven and 10 years, now negotiated at prices comparable with the levels obtained by 20-year-old vessels sold for breaking, owners can scrap their older tonnage for around $6m and re-invest into a younger ship that burns less fuel and has lower maintenance costs,” it said.

in one example of this “scrap and replace” policy, Maersk in September scrapped eight 4,360 teu vessels aged 20-22 and replaced them with more modern, fuel-efficient vessels on its Asia-US east coast services.

Alphaliner added that forthcoming new regulations on the environmental performance of box ships would lead to another round of scrapping.