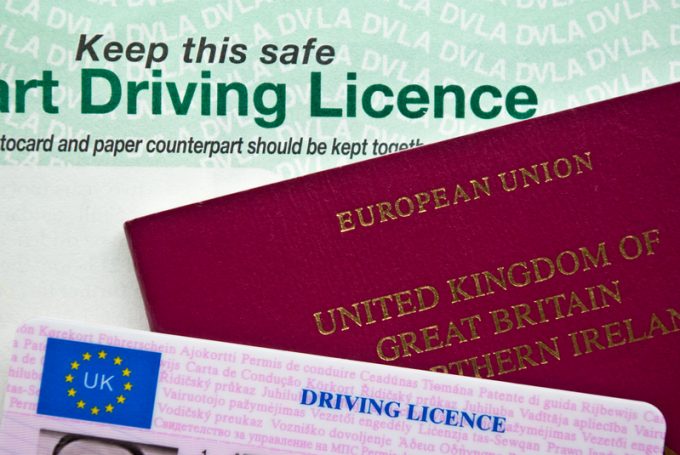 As few as 1,224 UK hauliers could be eligible to transport goods to the EU if the country departs the union without a deal in place.

Logistics industry representatives say a UK-EU agreement on road transport must be prioritised over a trade deal.

Yesterday the UK government issued a series of technical notices outlining the situation in the event of a no-deal Brexit, which admitted that UK driving licences would no longer be valid on continental Europe’s road without an accompanying international driving permit (IDP).

The government said it was “seeking to negotiate a comprehensive agreement with the EU to cover the continued recognition and exchange of UK licences after exit”.

It added that if this approach failed it would pursue individual agreements with EU countries. However, it confirmed that EU licence holders would not be required to hold an IDP when operating in the UK.

Despite reports that French authorities may stop cross-Channel rail services as well refuse UK aircraft permission to transit its air space, the Freight Transport Association said priority must be given to ensuring the haulage sector was able to continue operating.

Pauline Bastidon, head of European policy, said: “The UK’s logistics sector is the beating heart of the economy, and one on which most businesses rely for goods, services, raw materials and ingredients.  Without secure, safe and timely logistics movements between the UK and the EU, on which many schools, hospitals, shops and other businesses have come to rely, they will find it difficult to source goods in the short to medium term, while new trading arrangements are confirmed.

“That would create the very real risk of shortages and empty shelves.

“The priority now must be to secure a new UK-EU road transport agreement; an even more urgent priority than a trade deal.  Without permits there will be no trucks, and without them, no trade.”

She welcomed the proposal for a new UK-EU agreement on licences, but explained that even with this in place, the administrative burden on the industry would be enormous.

“These would still impose unwelcome burdens and cost on British hauliers seeking to acquire the necessary permits and there is no reassurance in the ‘No Deal’ papers that there would be sufficient to cover all transport moving to and fro across the UK’s borders.

“There is still a large amount to do to keep Britain trading efficiently with its biggest customer, the EU, and to suggest that these are processes which can be implemented swiftly would be to ignore the complexity of a huge administrative task now being placed on the UK’s freight industry.”

Far worse, however, would be a no-deal situation in which every UK haulier needed an IDP to operate in Europe, she said, given the lack of capacity on the part of UK authorities to issue the permits.

“The fact that the UK driving licence would only be accepted in partnership with an international driving permit would create delays and confusion for many operators, some of whom may not even be aware that they would require additional paperwork.

“Of real concern is that these permits would not be available to purchase at every post office, (the papers suggest 2,500 outlets, rather than the full network), and will not be on sale until 1 February, leaving operators little time to undertake the necessary administration ahead of Brexit day.

“At this point, we expect only 1,224 permits to be made available to UK hauliers every year if they wish to travel to the European Union. That number pales into insignificance when you consider that the port of Dover can handle up to 10,000 vehicle movements a day,” she said, adding that this could effectively break supply chains between the UK and Europe.

“Without a significant improvement in the planned number of accepted permits for HGVs travelling across the border, there is a very real threat to the integrity of the UK’s supply chain, and delays and product shortages could be a reality while alternative suppliers are sourced and arranged,” Ms Bastidon said.