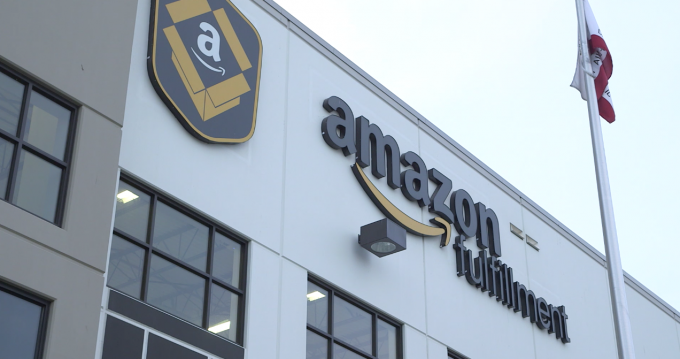 Amazon plans to drive down logistics costs though economies of scale, it announced yesterday – but revealed no plans for growth in the freight market.

Most significant to the logistics industry are Amazon’s plans for shipping, a significant cost, but a part of its business it appears keen to sell to third parties by having its own network – which it began to create in the second half of last year.

CFO Brian Olsavsky explained the rise by noting that Fulfilment By Amazon (FBA), its delivery arm, was attracting new sellers – 70% more in 2016.

“The fulfilment centre expenses and a lot of our shipping costs are tied to the increase in that FBA percentage and that growth of Amazon fulfiled units.”

He said that from a cost standpoint, it was one “we continue to work on every day.”

While the e-tailer has been increasingly moving into the logistics space, which it hopes will give it greater control over its business, there was little mention of longer-term plans.

Noting this week’s announcement that it is to build a massive, 900-acre facility at CVG Airport in Kentucky, Mr Olsavsky said: “It gives us a base for future growth.

“It’s all about supplementing our existing capacity [for] both our partners and ourselves and, essentially, building capacity that can handle this top line growth, and also the growth in AFN or Amazon Fulfiled Network units which … is even higher than our paid unit growth.

“This is about supplying our need for our customers and our sellers. We value the partnership with the external providers as well and I think we’re all dealing with the problem of having lots of incremental volume year-over-year.”

Amazon declined to forecast how much additional fulfilment centre space it would invest in this year, but just pointed to the fact it saw 20% growth in square footage in 2015, followed by 30% in 2016.

Mr Olsavsky said the company would “continue to invest in fulfilment centres as long as our Amazon Fulfilment Network growth rate maintains high, and we certainly want to keep that high and growing.”

Amazon has had its own deliveries in the UK for some time, and Mr Olsavsky said it was a useful experience.

“In a nutshell, our logistics deliveries allow us to have better control of the end delivery in markets where we use it. The challenge is always going to be cost and as we get better at this and get economies of scale, we lower those costs over time. So that’s essentially my overview of Amazon Logistics.”

Director of investor relations Darin Manney added that the company was “very pleased” with its FBA offering.

“Certainly, our international sellers have access to more and more customers through that offering.”

You can read the earnings call at Seeking Alpha, or see the full results here.