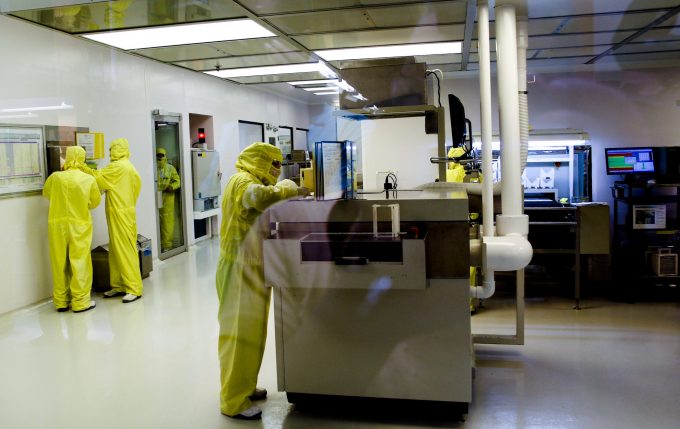 A new platform designed to connect brands with manufacturers is aiming to offer shippers an alternative to sourcing from China.

San Diego-based Zipfox is building up a host of vetted manufacturers that buyers can find on its platform, order product from and arrange transport.

Founder Raine Mahdi spent over a decade importing products and decided to build a platform to address issues he encountered, such as dealing with unreliable suppliers or running into traders posing as manufacturers.

Another was trying to find many producers outside China; a search for suppliers on Alibaba, for instance, returns 99% of the firms based in China, he said.

He and his team spent the past 18 months scouting for manufacturers in Mexico to get on the platform. When Zipfox officially launched in February, it had signed up 200 factories.

Buyers use the platform to locate manufacturers, searching by parameters like price or speed of delivery, to request quotes. The buyers can order and pay for the goods through the platform, with the payment going to Zipfox, which holds it in escrow until the goods have been received by the buyer.

According to Mr Mahdi, manufacturers in Mexico have greeted the platform enthusiastically. All have been vetted to eliminate distributors and other middlemen and to establish that the company has solid credentials.

“Once they’re qualified, we send them an invitation to join,” he said. “We plan to add an on-site factory audit through a third-party inspection agency.”

Buyers, for whom use of the platform is free, face no such scrutiny. “Anybody can come on the platform and work with manufacturers,” he said. “There are minimum order quantities, but some are very small.”

And Mr Mahdi thinks the timing for Zipfox is good, as interest in finding alternatives to sourcing in China has kept rising. Supply chain disruptions and congestion has reinforced concerns that arose in the US-China trade conflict during the Trump presidency. While these have injected a sense of urgency into firms’ quest to diversify supply chains, he finds the momentum is not built on short-term concerns.

“Even at its best, it takes five to six times longer for transit from China,” Mr Mahdi said.

There is broad consensus that transport costs will retreat from their current high plateau at some point, but still remain well above pre-pandemic levels. By some estimates, sourcing from Mexico could reduce shipping costs by up to 75%. Added to this are tariffs of up to 25% on some goods from China, and the costs become eye-watering. Last year, US importers spent around $1.6bn on tariffs on imports from China.

And the low cost of production there has been undermined by increased logistics spend, as well the impact of delayed imports on the bottom line.

Rick Watson, founder & CEO of e-commerce consulting firm RMW Commerce Consulting, agrees there is more to sourcing from China than production costs, such as highly developed infrastructure and a broad array of suppliers, which makes it tough for US importers to pull out. Many actually have set up offices in China, he added.

Nevertheless, he thinks Zipfox a good idea that will generate much interest and a fair amount of trial orders, adding: “Most brands understand why they need to diversify manufacturing.”

Mexico can be a strong source for some types of products, in others it does not have a strong production base, such as consumer electronics, he pointed out.

“We have a lot of clothing, home goods, furniture, industrial products, which are great for the construction industry, which has strong demand. There is a lot of demand for electronics, but not much on the platform right now,” Mr Mahdi said.

For him the emphasis in the coming months will be to broaden the spectrum of goods produced by participating manufacturers, as well as to go deeper into product categories. To that end, he is already looking beyond Mexico. Before the end of the year, he intends to spread the manufacturer base into Central and South America, to be followed by Africa and Europe.

Eventually this should include Chinese manufacturers, but for now the emphasis is on establishing the platform as a trusted marketplace.