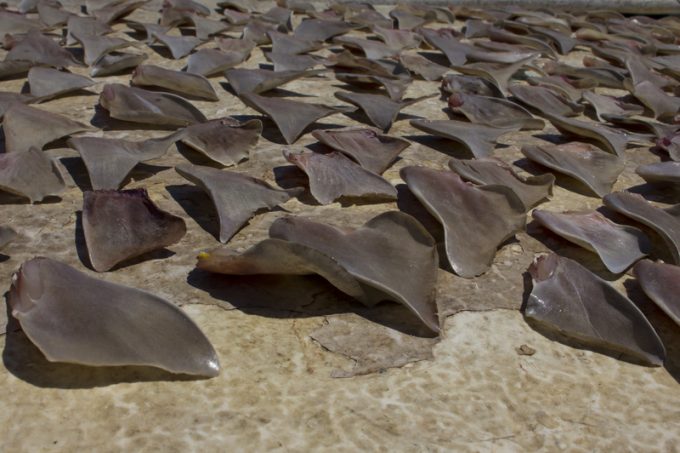 Air China Cargo has become the first Chinese mainland carrier to ban the transport of shark fins, joining 30 other global airlines which won’t carry the product.

According to the South China Morning Post, the Chinese carrier did not say when the ban would take effect, but on its website said it was committed to playing a bigger role in global sustainability.

“Therefore, we reiterate our ‘no shark fin’ carriage policy.”

In response, Elisa Allen, director of People for the Ethical Treatment of Animals (PETA), said: “Congratulations to Air China for, again, making the skies more animal-friendly.

“Five years ago, the airline ended the transport of primates to laboratories, and now it’s refusing to ship products of the shark-finning industry – a wretched, universally condemned trade in which sharks’ fins are hacked off and the sharks tossed back into the ocean to spin helplessly to the bottom of the sea to die.

“They feel pain and experience fear, as all animals do, and the few airlines still propping up the bloody finning industry or the laboratory primate trade should immediately follow Air China’s lead.”

Following the announcement from Cathay in June, Alex Hofford of Wild Aid, which campaigns to end the illegal wildlife trade, said that an airline like Cathay Pacific should never be seen to be a link in the supply chain of a criminal trade.

“Shipping sharks by air is not just an issue of sustainability, but ethics and legality,” said Mr Hofford, who also called on Fiji Airways to end its “outdated and broken” sustainable shark fins only policy.

While the announcement from Air China Cargo marks an important step, the Animal Welfare Institute (AWI) lists 16 carriers that continue to transport shark fin, including All Nippon Airways, Ethiopian Airways and United Airlines.

And Wild Aid has stepped up its pressure on integrators, calling on FedEx to join UPS in banning shark fin shipments.

According to the latest AWI data, the list below shows the shark fin status of the major airlines:

Airlines that have banned shark fins

Since 2013, Fiji Airlines has operated a “sustainable shark fins only” policy

Ethiopian Airlines has denied it knowingly flew two shipments of shark fins from Ecuador, via ...

The dangers of misdeclaring lithium ion battery shipments have again come to the fore.  A Chinese vape manufacturer, ShenzhenAbuFan Technology, has ...

Shipping giant MSC has re-emphasised its zero-tolerance policy on the carriage of shark fins, following ...

Air China is looking to sell a 51% stake in its Air China Cargo business. According ...

Europe’s secondary cargo airports are jockeying for a greater slice of Chinese trade as the continent’s ...

And yet another illegal wildlife shipment. This time 712kg of pangolin scales, worth more than ...

The International Air Transport Association (IATA) has stepped up its efforts to tackle the illegal ...