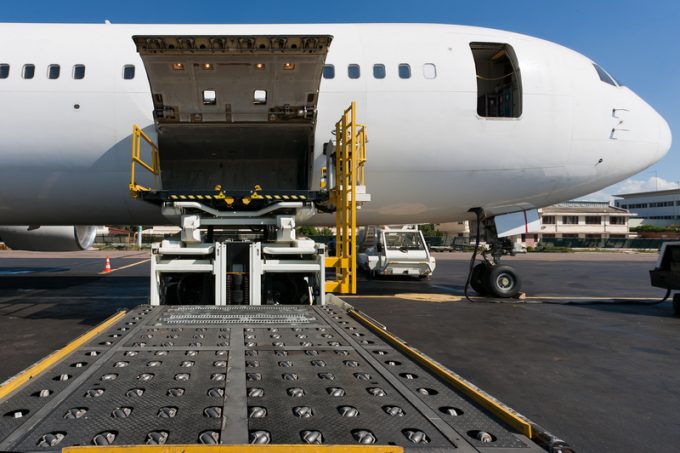 The heat is coming out of the air cargo market significantly, with volumes down 7% month on month and demand 8% lower than pre-Covid levels.

Capacity, meanwhile was still down 12% on May 2019, while dynamic load factors fell 9 percentage points last month, to 60%, according to Clive Data Services. 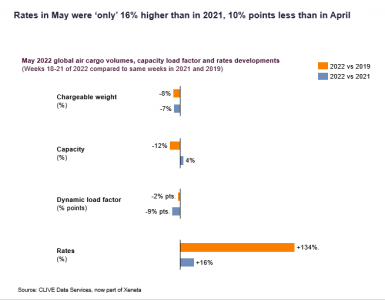 Last month’s North Atlantic air cargo data may provide a test case for the direction of other markets once they also return to their pre-Covid levels, he added.

He said: “The Europe to North America market has changed profoundly in the past eight weeks, from load factors of 82% in March to 64% in May.

“May’s dynamic load factor was also 22% pts lower than in May 2021, while, in March, load factor on this lane was 7% pts lower. So, this is not just seasonality, it is the capacity coming back into this market.

“In March it was 44% higher than in 2021 and in May up around 82%. This is a big swing, and emphasises the jump in the cubic capacity on these routes.”

Rates are dropping as passenger flights return, with prices from Europe to North America showing year-on-year declines for the first time in two years.

“The Atlantic market is interesting to follow to see how rates shift in the coming months,” Mr van de Wouw said, “as it might be a bellwether on how other markets will develop when the capacity of passenger flights returns to it former level and beyond.

“We sense an anticipation of a slower summer market, followed by hope for growth in Q3, as is traditionally the case. But the market does not look great right now. There are more clouds on the horizon than there were two months ago.”

However, buffeted as air cargo is by macro events, there could be upsides for airlines, including a possible breakdown of talks between US west coast ports and their dockworkers – which has presented air cargo with an opportunity before, and the potential surge in demand as China re-opens from lockdowns.

For more on the air cargo market, listen to this new The Loadstar Podcast clip of the TAC Index’s Peyton Burnett.